In a previous post I described the different parts of NosDB Security in terms of realms, logins, users, authentication and authorizations. Here I will present a practical perspective of how to assign security privileges to users across realms.

But before we begin I want to briefly touch-back on what we have learned.

Now that we have the basics defined, let’s take a look at how you would restrict or grant access to your data, based on users. Security Roles are what you assign to users to provide access/permissions to different parts of NosDB. There are three types of security roles in NosDB.

Assigning a cluster role to a user provides permissions to access the cluster configuration and also grants access to the Cluster Realm. Assuming you already know the basic architecture of a NosDB cluster (if not, check the documentation), a user can remove or add nodes to a shard, change the number of shards etc. To further define which specific changes a user is allowed to perform, the Cluster Role has three sub-types:

While a cluster role can create or delete databases, it can also access the data as well. This helps segregate the roles and makes it easier to manage the different responsibilities for the Database Administrator.

Having said that, it follows that when a user is granted a cluster role on an existing cluster, s/he also has a server role on the machines in the cluster.

The types of server roles are as follows:

distributor role: This role applies to Distributor Service only. A distributor has permission to distribute client operations. More information on Distributors is available here

Let’s look at the user roles, by realm (cluster, database and server), required to achieve this.

To access the database, Bob needs to assign Jim a database role so that he can manipulate the data in database 1 without having access to database 2.

Now Bob needs to scale the cluster. For this Bob needs server role privileges on that new machine. Since Bob already has a cluster role, adding the new machine to the existing cluster only takes a few simple steps using NosDB Management Studio. The following figure explains this visually:

The best part in all of this is that Jim doesn’t know how many servers there are in the cluster and doesn’t even need to know. NosDB distributes the data in the database to provide a seamless user experience. 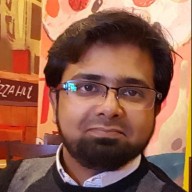 Basit is a Solution Architect at Alachisoft - provider of a leading In-Memory Data Grid for Java called TayzGrid and for .NET called NCache and now a .NET NoSQL Database - NosDB. Alachisoft has been a market leader for 10 years in the .NET market with NCache.

Validating Data with Triggers in a NoSQL Database

Introduction to NoSQL Database with NosDB

Ever wondered why the programming world stresses so much on separating your application UI from your business logic? The answer is simple: strongly coupled code...